Cricketers and beards have a long history in the game of cricket. Ever since the last century, cricketers with beards have had iconic statuses in cricket; be it WG Grace's thick beard or Mike Brearly's dark mane. Over the years, many things have changed but the beards have stayed. Beards signify manliness they say; whether for religious reasons, comfort or fashion, it continues to have a place in the traditional game of cricket. While not all men who grow bristles get the attention, some go down as the limelight takers. Here are the modern day warriors of the game, the cricketers with beard:

The Indian batsman is one of the most stylish cricketers of the modern era. Virat Kohli is not just a star on the field, but also off the field. He sports dark stubble which looks absolutely perfect on his well-chiseled jawline. The beard suits his aggressive nature of the game. On the field, Kohli is having a great time with the bat and is one of the most prolific batsmen in the world at the moment.

The Kiwi batsman shot to limelight partly due to his aggressive opening exploits and the remainder due to his heavy beard. Devcich doesn't like to go clean. The opener had a full beard, a garibaldi, during his early days and then tried an extended goatee during his stint with the national team. The Northern Districts opener has played 10 ODIs and 4 T20Is for New Zealand so far and is primarily known for his T20 batting.

The Indian Test opener Murali Vijay is now donning well-shaped stubble to go along with his growing hair. His designer stubble, also known as the �5 O clock shadow� beard, suits his new found aggression on the field. He was recently promoted as the captain of the Kings XI franchise in the Indian Premier League. Vijay is one of India's most consistent batsmen in the longest format of the game.

The swashbuckling New Zealand opener Martin Guptill has had a tremendous run in the last 18 months. The ODI double centurion has followed the way of his teammate Kane Williamson, in growing a hipster beard. Expecting a long stay in the subcontinent, Williamson had sported a hipster last year. And this year Guptill has impressed the paparazzi with his beard-do.

Australian pacer Kane Richardson is slowly making his mark at the highest level. Richardson was first seen by the world audience when he played for the Rajasthan Royals in the 2015 edition of the IPL. As Richardson describes his beard, he says it is not an easy task to maintain it. It's easier not to have one, you don't want to look too shaggy, too hairy. It's hardwork, quotes the Aussie pacer.

Very rarely do you see any cricketer sporting a greyish beard. India's limited overs skipper MS Dhoni has grown a stubble with a substantial grey hair. Call it the pressure of captaining the most popular cricketing nation or call it the effect of age, Dhoni is appreciated in whatever he does. Many might feel his form is on the slope, but the skipper has successfully led India to the semi-finals of the 50 over and the T20 World Cups. He had a poor outing with his new IPL franchise, Rising Pune Supergiants, though.

Ravindra Jadeja during the practice session at the Eden Gardens stadium in Kolkata.(Photo by Pankaj Nangia/India Today Group/Getty Images)

Indian all-rounder Ravindra Jadeja started with growing a moustache, following the footsteps of his teammate Shikhar Dhawan's twirlers. Soon, he went a step ahead and grew a thick full beard with shaped outlines. The Saurashtra all-rounder was the second highest leading wicket-taker when India whitewashed South Africa in the Test series at home last year. Jaddu is a part of the Gujarat Lions in the ongoing IPL.

Hashim Amla has arguably the most glorified beard in international cricket at the moment. Amla has a spade beard. His fans often come up with similar beard-wigs to support him when he plays back home in South Africa. Other cricketers who have similar beards on grounds of their religion are Wayne Parnell, Imran Tahir and Moeen Ali. Amla is one of the most technically sound cricketers in the current day game.

The English all-rounder is being tipped as the future spin hope of English cricket. Adil Rashid has already proved himself as a more than handy batsman down the order. Rashid is known for sporting a chin curtain beard with a scarce moustache to go with it. Adil Rashid and Moeen Ali are the two English players who prefer keeping beards. All-rounder Ben Stokes tried doing the same but didn't keep the facial hair for long. Rashid shot to limelight with prolific performances for the Yorkshire team in the age group levels and subsequently in the county cricket.

The latest to join the list is the junior Pathan of Indian cricket. While his brother Yusuf Pathan has often been seen with a beard, Irfan Pathan is a new addition to the list. One of India's leading all-rounder, Irfan Pathan is now carrying a Hollywoodian beard with grace and style. The left-armer from Baroda was the bowling sensation a decade ago when he picked up a Test hat-trick against Pakistan. Pathan, who is currently playing for the Rising Pune Supergiants, is being appreciated in his new look. 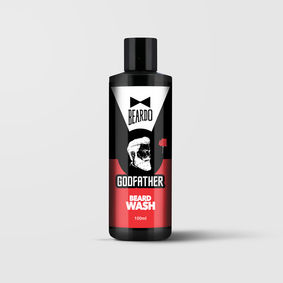 We deliver all products to this pincode

Get Reward points on every purchase and use it in your next purchase.
Click Here to know more